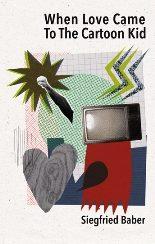 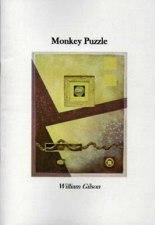 Two pamphlets, both from new-ish publishers at opposite ends of the country, and each press led by a poet: there’s a fizz of excitement around both of these titles.

Wayleave Press, launched by Mike Barlow in 2014, drawing (to date) on the Cumbrian poetry scene, has already produced nine pamphlets – all slim, elegant, and bearing one of Barlow’s own art works on the cover. William Gilson is Cumbrian by adoption, having arrived from the USA in 1995, and it is duality, not just of place but also of time, that shapes this pamphlet. The twelve poems benefit from being read as a sequence so that the layers of past and present emerge, and the vivid sharpness of memories of childhood are set alongside the present’s uncertainties. He sets ‘then’ against ‘now’, playing one off against the other, each poem adding to the reader’s gradually accumulated knowledge of Gilson’s life. Personal poems, yes, but they become more than merely anecdotal; Gilson places details and relationships in such a way that they transcend the simply biographical.

Perhaps it’s his setting of his own life against a background of literature. In a small pamphlet every details counts, so it is significant that the The Iliad appears in two of the poems. In ‘The Iliad’, the central poem, Gilson is both reading Homer and reading himself into the action while his present-day family (… Joe, always the first to wake) will soon be waking up.

The timescales merge: Gilson is both the reader and a fearful Greek – I fear the gods have decreed/ this day is my last./ I would rather sit here/ and read. And while a few Achaens are killed so – in his imagination – is Gilson. Reading as escape, perhaps – except that in the previous poem, ‘A room with a piano’, while Gilson begins with a memory of the tastes and smells of life on the Naugatuck River, then shifts into the present (in the northwest of England/ where in winter it rains, rains, rains.) he continues into the future – Tomorrow I will get the/ biopsy results. His decision to end the line on ‘the’ – not generally the best course – works here: it suggests the shakiness of the future, the uncertainty. In ‘That summer’ (the poem which immediately follows ‘The Iliad’) he describes post-cancer recuperation, with its doubts and questions.

Free verse suits Gilson’s subject matter, with its inclusion of colloquial direct speech, precision with technology, its restlessness. The past and the present are not comfortable with each other, and he makes this clear from the outset. In the opening poem, ‘Monkey puzzle’, he describes how, when his son was small, he sat in a cemetery

This is intermediate time, between America and his acceptance of present-day Cumbria. In the final poem, ‘Burning off old paint’, Gilson has reached an accommodation of sorts, a balance; standing on the scaffolding he can remove the old dark wood but is aware, at the same time, of the possibility of falling – another version of the physical vulnerability that has been a continuing part of these poems. It is a collection that repays several readings to uncover the subtle connections within this pamphlet.

While William Gilson has a long history of publication in magazines, Siegfried Baber is a relative newcomer, a graduate of Bath Spa’s Creative Writing course. He’s found the ideal publisher in Telltale Press, another press which first appeared in 2014 and is run by a collective of poets in Lewes – although Robin Houghton is the lead name for contacts and publicity. The small format and wrap-round cover makes their books stand out – with contents to match. Baber’s thirteen poems are eager to grapple with alternative worlds, those cultural ‘what if?’ questions which open up other paths into the future.

In the opening poem, ‘For LHO’, Lee Harvey Oswald no longer holds a rifle but a bottle of ice-cold Coca-Cola.

It sets the tone for the pamphlet: lines that are relaxed and colloquial but never a word too many. The ‘yawn’ becomes the stretch of time into the ‘Fifty years from now’, sliding seamlessly and with any forcing. As a poem it’s oddly hopeful. If things could have been different, things can be different: we just need an imaginative leap. Baber’s careful lexical choices – as in crawls harmlessly, with long open vowels – underline the untroubled innocence he imagines. The ‘rainbows’ (the plural subtly enlarging and extending the effect of light and colour at play) also brings connotations of peace. But, despite imagination, the facts of history remain, nagging. The pamphlet ends (‘Three Shots’) by returning to assassination: of Senator Kennedy, and Martin Luther King, called up in opposing denial (This isn’t Lee Harvey Oswald…) and assertion (This is my father, holding a dead fox.). So much history in the sound of gun shots, so lightly suggested.

The title poem, the eye-catching ‘When Love Came To the Cartoon Kid’ plays with cliché-ed comic-strip reactions –

Negatives, again: Baber is good with these, using them to conjure up images from childhood reading and the alternative worlds that entertained us in The Beano, or The Dandy. And of course, as he says, this doesn’t happen in ‘real life’ – except that sometimes, exceptionally, it feels as though it does. In ‘Crisis On Infinite Earths’ Wonder Woman has given up her role to slob more-or-less happily around in domestic disorder –

Baber’s re-inventions keep me reading, and laughing, though sometimes ruefully. It’s an engaging pamphlet, fun and one that makes me want to grab friends and share these poems with them – proof, I think, that the collection is a success.

.
D A Prince lives in Leicestershire and London. Her first full-length collection, Nearly the Happy Hour, was published by HappenStance Press in 2008, and a second collection Common Ground appeared in autumn 2014.