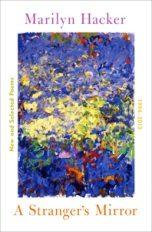 Norbert Hirschhorn reflects on the place of form in contemporary poetry, with particular reference to a substantial new selection of work from Marilyn Hacker.

A quarter of a century ago, American poet Ira Sadoff wrote a cranky polemic called “Neo-Formalism: A Dangerous Nostalgia” (http://www.writing.upenn.edu/~afilreis/88/sadoff.html). The appellation ‘neo’ was meant to be pejorative, like neo-Nazis and neocons. Ostensibly written as a review of an anthology of formal poems (from the handful of examples given, not very good ones at that), Sadoff likened a supposed revival of poetry in form to the dangerous rise in dominance by right-wing American conservatism in social and political life.  “Conservative poets,” Sadoff alleged, “want to restore art to the nostalgic ideal of fixed harmonies, of pure beauty and grace, to restore the ‘essential moral values’ of ‘western civilization’”, as Harold Bloom noted. Further, Sadoff asserted, “poems that privilege sound and meter are conservative, then, not so much because they privilege tradition, but because they decontextualize poetry,” and entertain “precious little acknowledgment of the social world.”

The debate over poetry in form versus — shall we call it ‘unformed poetry’? — goes back over a century, starting with Pound, Frost and Empsom reinventing poetry in English. American poet Tony Hoagland calls it “New Poetry” in his book “Twenty Poems That Could Save America and other Essays” (Graywolf Press, Minneapolis, 2014). He defines it as poetry of diction, idiom, indeterminacy of language leading to irony and circumlocution — a broken connection between language and things. “Form” today, he says, is about exploring representation itself, not that which is represented.

The free verse of New Poetry (also called ellipticism) allows for free associative images, with the shape of a poem ordered by its associative lines, which can be rearranged to make another poem, something Hoagland calls, “housing; new ways to construct a poem.” (Similar movements in art, music, sculpture, architecture come to mind. The conservative Prince of Wales might be thought of as a neo-formalist.) Hoagland lauds such new structural forms because, “we are always on a quest for greater expressive power”, whereas traditional forms exercise a restraint. Modern poets, he says, resist closed structures. Of Hoagland’s salvationist “twenty poems”, only three are in any recognizable form: one older poem with quatrains rhyming abab and  two others as unrhymed sonnets. Only one poem represented may be considered as coming from a third-world poet, a pseudonymous American Indian.

Nonetheless, Hoagland also cautions against the homogeneity of disruptiveness found in “New Poetry” — process over product, whimsy over humanity. Can we praise such work, “for its intriguing concept, and method, or even its brilliant individual lines, if the method creates monotony [making it] impossible to remember… Is memorability no longer a primary aesthetic criterion?”

For a vigorous defense of formal poetry, we have our own Clive James (“Poetry Notebook 2006-2014”. Picador, London, 2014.) who rests his case simply by citing the masters whose work we remember: Yeats, Frost, Auden, Wilbur, Larkin, Betjeman, Berryman, Bishop, Merrill, Donaghy, and Fenton. A committed formalist, James, however, grieves: “By now the game has irreversibly lost its net: you have to pretend the net is still there”.

My own feeling is first that, given the academic dominance of “New Poetry”, new poets may not be disciplined in prosody and scansion; aren’t expected to experiment with the grand variety of forms available, nor taxed with composing in varieties of meter and rhyme schemes. If so, then the game is indeed lost and, with it, centuries of our poetic inheritance. Second, while forms restrain, they restrain the kind of willful control over the poem that poets ought not try to exercise. (Assignment: buy, read and keep at your desk, Lewis Putnam Turco’s “The Book of Forms. A Handbook of Poetics Including Odd and Invented Forms” [Lebanon, New Hampshire: University Press of New England, revised and expanded edition 2011].)

This brings me to Marilyn Hacker’s compendium of new and two-decades’ worth of selected poems. (Disclosure: Marilyn is a friend of mine.) Born in 1942 in New York City and now living in Paris, Marilyn has published fifteen books of poetry and a dozen books translating poets writing in French, several winning major prizes along the way. She composes in forms.

Within the current collection we find all the major forms described by Turco, and variations on those forms, from crowns of sonnets to ghazals, quatrains to alcaics, glose and terza rima, haiku and renga, sestinas and canzones (the latter sestinas on steroids), blank verse and free, sapphics and rondeaus, as well as nonce forms of her own devising. I asked Marilyn whether she decided first on a form and then fitting the poem to it, or the other way around. She told me that the idea usually comes first, then the rhythm of the first lines suggests the form (which is how Elizabeth Bishop’s “One Art” quickly expanded into her classic villanelle). Hacker writes in form because this is how she hears the words falling into place.

I had to consult my Turco to remind me about alcaics, a “quantitative accentualsyllabic Greek quatrain stanza.” The first two lines have eleven syllables: an acephalous iambic, two trochees, two dactyls, in that order. The third line begins with an acephalous iamb followed by four trochees; and the last line comprises two dactyls followed by two trochees. Tennyson’s ‘Milton’ is the exemplar. Let me offer as another example the first half of Marilyn’s “Alcaics for a wedding”.

You, from the start a child who was ready to
whisk down the slide, then jump off the diving board,
.    walk home from school alone or fly to
.    Nice “unaccompanied minor”, seven,

drove through Ohio snow in a rented truck,
one skittish cat and laptop for company,
.    headed from Tucson to Manhattan
.    and new exigencies of vocation.

If the title hadn’t alerted us to the form, and we weren’t scanning the lines, we might think, “Oh yes, another bit of narrative posing as a poem with chopped up prose”. But two things to observe: a formal kind of music underlies these words — music that the poet heard while composing — that gives the poem its drive; and, second, the poet is forced to make inspired word choices (“best words in best order”) by giving up conscious control of the poem.

With the use of form in its many variations, Marilyn lays out a vast palette of quotidian moments and feelings: from arrays of food in an outdoor market to sensual arousal (one critic commented, “no one writes about lust and lunch like Marilyn Hacker”); from childhood memories to elegies for dying friends and her own brush with cancer; from impassioned polemic against injustice and paeans to left-wing and feminist causes; and to memories of the Holocaust. All these are written with restraint, the kind of ‘poetry of witness’ that is most compelling.

Eros and Thanatos are ever present as in this poem where her loyal lover attends:

Or in this beautiful love poem in four ten-line stanzas:

“You happened to me. I was happened to/ like an abandoned building by a bull-/dozer, like the van that missed my skull/ happened a two-inch gash across my chin./ You were as deep down as I’ve ever been./ You were inside me like my pulse…. You were the one I didn’t know where to stop…. You were the epic in the episode./ You were the year poised on the equinox.” (“Nearly a Benediction”)

W.H. Auden once explained his analysis of poetry: “[T]he questions which interest me most when reading a poem are two. The first is technical: ‘Here is a verbal contraption. How does it work?’” The second, according to Auden, is, in the broadest sense, moral: “What kind of [poet] inhabits this poem?”

Marilyn Hacker’s poems display the formal power of poetry harnessed to what morally counts, and memorably so.

Norbert Hirschhorn is a physician specializing in international public health, commended in 1993 by President Bill Clinton as an “American Health Hero.” He now lives in London and Beirut. His poems have been published in over three dozen journals, and four full collections: A Cracked River, Slow Dancer Press, London (1999); Mourning in the Presence of a Corpse (2008), and Monastery of the Moon, Dar al-Jadeed, Beirut (2012); To Sing Away the Darkest Days, Holland Park Press, London (2013). His work has won a number of prizes in the US and UK. See his website, www.bertzpoet.com