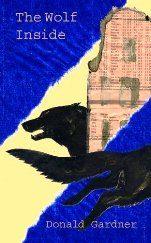 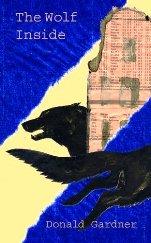 I wish I could find a less trite expression than ‘chalk and cheese’ to describe two poets so opposite as Arnold Jansen op de Haar and Donald Gardner, but I can’t. What they have in common as people is that both of them live and work in Amsterdam and they are friends. Donald is British, while Arnold is Dutch; both are bi-lingual. Nevertheless, Arnold has chosen to have his poetry, originally composed in his native language, translated into English by Paul Vincent. The translation is elegant, and it is the English version alone which is presented in the collection, Yugoslav Requiem.

Donald Gardner’s poetry has appeared in numerous magazines here and has been especially admired by Ambit, whose pages it has often frequented. It is easy to see why. His poetry is life-loving, sophisticated and deliciously playful. He sees through life’s bad bits, its awkward moments and terrible truths, but life’s preciousness underlies every stanza in The Wolf Inside. He can’t get enough of it; wants it to last forever; wishes it didn’t hurt, now and then, so much.

In Yugoslav Requiem, Arnold Jansen op de Haar is no less passionate about life, although he has experienced a more troubled world. In 1994, as a commanding officer of a United Nations unit, he was stationed in Srebenica just before its fall.  In this autobiographical book he traces his development into a man through the extremities of war.

In the first poem. ‘Retrospective’, he describes two images that others have had of him.

books in the living room
look such a mess

writing my boy
will never earn you a crust

the screaming falls
like cigar ash
from their gutted eyes

This is familiar criticism of an adolescent. The difference here is that the poet is comparing his parents’ image of him with that held by other soldiers in Srebenica when he was in full combat regalia: ‘It’s not who I am/ but who they are’.  Both these images are false, he discerns.

His rhythms are contagious: they made me want to divide my own sentences here in tune with them. He uses no punctuation except (rarely) a dash, parentheses or italics, trusting the arrangement of his lines to carry the sense, and so it does. His work conveys his meanings ‘slant’, so that it is difficult to tell, in a sequence titled ‘Flowers’, whether it is a poem to an absent mother or to a lover:

And suddenly in ‘Timeless’ he is in Yugoslavia. The rest of this short collection is devoted to the war, the people who waged it or were caught up in it, the awfulness of it, how it felt to be involved. It is poetry, not prose, and therefore it goes obliquely through any mind-set into that peculiar place where poetry is at home. In the end, in ‘Combat Boots’, he reflects:

A biographical note at the end of the book reveals that, indeed, a year later he left the Dutch Grenadier Guards to become a full time writer. He works as a columnist in Amsterdam where he has produced two novels as well as poetry.

Yugoslave Requiem is an important book. It is good that the translation is now available here. Perhaps in time his other work will be, also.

Donald Gardner’s The Wolf Inside is sheer exuberance, a jaunt from beginning to end.  In ‘Reading the Poet as his Poetry’, Gardner does just that and finds a bland, quite ordinary person:

his poetry was marvellous
passed him

Gardner, too, uses no punctuation where he can avoid it; where he can’t, as little as possible. His aim, in which he succeeds admirably, is clarity and the pungent image. In ‘Angela will see to my Correspondence’:

When I’m dead
Angela will see to my outstanding correspondence
that seemed so urgent when alive.

See me in my coffin
with a cheerful grin,
flashing my teeth
before the final curtain.

Like a kid who doesn’t want to go to school, the poet seems anxious to avoid his ‘day job’.  But not all the poems are so light, although his touch invariably is. His love poems are warm, happy, loving. And he notices things outside himself:

(A couple go past,
a woman with headdress
and her husband scolding her.
The ducks make their escape; she
goes off and sits on a bench, head bowed.)

And in ‘Under the Weather’:

but the kiss you plant on my cheek
is light as a butterfly
riding on a blade,

readying itself for take-off.
Maybe it doesn’t change anything
but all attempts are welcome.

Donald Gardner’s work is light but not trivial; clear but technically subtle and eloquent. His poetry captures his images in few words: sharply, precisely.

Since her arrival on these shores in 1985, New York born writer, Leah Fritz, has had four collections of her poems published in Britain. Her latest volume, Whatever Sends the Music into Time: New and Selected Poems, was published by Salmon in 2012.