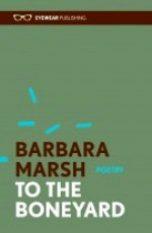 On 5 May 2014, BBC Radio 3 chose to celebrate Dylan Thomas Day.  On the hour, every hour, a poem floated out on the airwaves, sometimes commented on, sometimes left to find its own way among the Mozart arias and Tchaikovsky concertos.  After the unexpected joy of hearing the opening of Under Milk Wood over breakfast –  the anthracite statues of the horses sleep in the fields – what struck me most was Thomas’ confidence in the power of metaphor to communicate.  Time held me green and dying – how would your average workshop handle that?

Dylan Thomas’ legacy, as commentators have said, has been honoured mainly by a kind of holy awe: noli me tangere or beware of imitations.  We have not spent the past fifty years being rhapsodic.  No reason we should, of course; more than one way to skin a quatrain.  But I have been thinking about the confidence.  You can decide to be subtle, or sardonic, or strictly formal – better, you can find that that’s what the poem wants to be – but whichever it is, don’t you need some confidence in that subtlety, sardony or formality to communicate whatever made you sit down to write in the first place?

One response to a lack of confidence is to spell out the overt content of a poem: not to trust either the reader’s responsiveness or the poem’s diverse means of communication.  Glyn Maxwell, in his excellent prose book On Poetry (Oberon Masters, 2012), proposed four dimensions for any poem: solar (explicit meaning), lunar (implied meaning), visual and musical.  A poem relying only on the solar is verging on prose (and even prose needs musicality).  The last lines of Thomas’ ‘Fern Hill’ may puzzle anyone worrying after the solar meaning, but the complex rhythms and the stressed long vowels give much of their lunar power.  Try reading out loud:

Time held me green and dying
Though I sang in my chains like the sea.

Why start a review with Maxwell and Dylan Thomas?  Because I think too many poetry reviews, including those rare ones in the national press, concentrate on the solar.  Then content is all.  Wow, the poet has crossed Mongolia on a camel, or survived sixty years in a garden shed!  Must be worth reading.  Workshops too can get hung up on what it’s about; and participants guiltily insert clarification, like schoolchildren told to redo their homework.  The result is less solar meaning than sunstroke, the poem made sick by too much direct light.

So let’s find in these three collections examples of the better balance, solar and lunar, musicality and the exact word.  In all three, the most compelling poems deal with death.  All three poets have more everyday subjects, landscapes and paintings, shoes and photographs, and these are skilled enough in their way; but in few is the meaning intensified by music or image.  In the best poems of mourning, on the other hand, feeling itself creates a complex music, and finds the metaphor that does it justice. 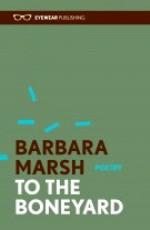 Barbara Marsh’s collection includes a sequence on the death of the poet’s father, and several poems in memoriam other people.  ‘Sunlight in a Nearly Empty Room,’ takes us into what could be a mortuary:

There’s no bed any more, only the steel chest
of drawers, taking up a whole wall.

The poem takes off, rhythmically, musically, and in imagination, in the last stanza where the poet has put her ear to the door of the cabinet:

It’s like standing beside a seashell –
there’s the sea, whishing, whispering,
“come in, come in, come in”.  But you’re
already in.  The sea is outside, surely.

That ‘surely,’ echoing the sea-sounds, brings in beautifully the uncertainty we have about the reality of death.

Imagery like this is of course one way of letting the lunar take over from the solar.  Another, more muted, elegy, ‘Looking for Taylor and God in Chavigny,’ starts intriguingly with the poet standing in reflected light in a church,

As if I am a pane of glass between
one form and another, the stained and the leaded,

but then fails to explore that life/death uncertainty.  The poem moves on to an ‘eavesdropper,’ a carved face high up, which becomes God amongst the gargoyles, listening in to the thoughts of the people below.  Perhaps his/is the voice of colour that detonates on the floor.  A daring mixed metaphor – why shouldn’t God be sound, colour and explosion all at once? – but the low-key ending gives it little space.

‘Cellular life’ starts with the poet  overcome with the measure/of today, stunned by the news of tragedies, and moves out from there to a skilfully controlled extended image, the self seen as if through a microscope. The hinge-line, trying too hard for clarity, loses the taut music of the opening: A thing in space, I cavort around myself like pond life;’ but from there on the single sentence unfolds with the authentic flow of the imagination. 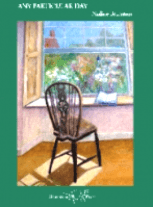 Nadine Brummer inhabits a robustly physical world, rendered in vivid forms and colours, from Henry Moore figures to magpies in the snow: a woodcut in 3D.  Her poems are equally direct, sometimes powerfully so:

We know the dead
are bodiless,
that they’re in
an accordion tune
that floats from a window
(‘Spectres’)

This is a voice we can trust, authoritative and economical.  The dead in ‘Spectres’ continue to appear in weather and mood, until the poet ‘you’ enters the poem with bleak, dissociated simplicity, the rhythm pounding like a dull headache:

This favoured the three-beat line in other instances can slacken, however.  ‘Magpie on Snow,’ quoted earlier, seems to lose the intensity of the visual image, or fail to discover the truth it might stand for.  But I want to be clear, the third stanza begins, and that wish takes the poem back to literalness, the visual fading after the lovely woodcut, the ending (No two snowflakes are alike) not a discovery but the ready-known.

Other poems show a questioning intelligence.  ‘On Edge’ (against all the prescriptions of workshops) starts with an idea and proceeds only later to the physical.  It works because of form, the three-beat line held skilfully in tension against the rhythms of one long sentence, then two shorter.  The first is a meditation on the might-have-been, the failures of courage, as if you’d stood/on a window-ledge before/police hauled you back.  The second moves sharply out from this into an astonishing physical image, the alternative reality more vivid than the actual:

What if you’d sloughed the body
that held you in to find
a new skin around you? 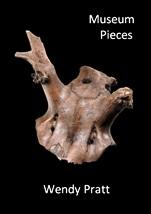 Wendy Pratt’s generous collection centres on two sequences, ‘Star Carr’ and ‘The Unused Room’.  ‘The Unused Room’ responds to the death of a baby during or soon after birth.  Some of the poems have the (solar) directness that honours extreme pain, but without losing either metaphor or music:

To me the most powerful poem in the sequence is ‘Cherry Blossom Girl.’ Here Wendy Pratt uses the sustained image of the blossom to suggest the complexities of feeling and consequence.  The blossom falls on the hearse, on the shoulders of mourners in the chapel, in the village where ‘it falls/like splinters of wood.’  Then, terribly,

It passes my daughter’s death
to anyone around, handing her out
like pink sweets in a bottomless bag

the last line hammering out the despairing anger.  It’s hard to think of any direct expression that could convey the range of feeling so well.

‘Star Carr’ we are told is a Mesolithic site in North Yorkshire.  The sequence directly follows ‘The Unused Room,’ and the themes interweave, though not at first explicitly.  The images of death are the most compelling.  In ‘IV, Sky Burial,’ the poet imagines the long-ago inhabitants of the site and their funerals:

you are metered out
to fox and wolf, bear and bird, your bones
carried into the wild that you feared and loved,
high up near the smile of sky;

Later, in ‘VII, Open Burial Mound,’ the poem seems to address an archaeologist, and to make the association with ‘The Unused Room’ complete; but I’m not sure that this is needed, and the direct analogy seems to weaken the verse.  Overall however the sequence is strongly rooted in the physicality of its landscape and unearthed bones; and that physical reality speaks clearly.

All three poets compel our attention when the poem reaches down to discover feeling, past well-observed detail and the current poetic conventions.  When the poems fail, it seems to be through the unconscious censorship that refuses to plunge further.  It is powerful feeling, not just technical skill, that creates the music and brings out the images, like Forster’s bucket dipped into the subconscious.  Much this work grabs us because it lets this happen.

.
Ruth Valentine’s latest collection is On the Saltmarsh (Smokestack 2012).  Her novel The Jeweller’s Skin was published this year by Cybermouse Multimedia.  She lives in Tottenham, North London, where she works as a funeral celebrant.