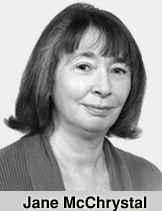 Relationship success and your attachment style.
by Jane McChrystal.

Some people seem to make and keep relationships so easily.  They meet the “One” and find lasting happiness, maybe with a few obstacles along the way.  For others the road is rockier.  They often arrive in my consulting room after a series of disappointments in search of relationship success.  Helping them to identify their attachment style and learn about its influence can make all the difference.

Marcia, a 33 year old PR professional came to me for some counselling sessions after the breakup of a 5 year relationship to Matt, a man she met at work.  During our first meeting I was struck by the contrast between the cool, confident manner Marcia assumed when talking about her work-life and how lost and confused she seemed when she told me about her relationship with Matt.  Was she showing signs of an anxious attachment style?

Marcia: I just don’t know what went wrong at the end, when I thought everything was ok between us.  Alright, we had our arguments like everyone else, but our relationship had got off to such a great start.  I moved in with Matt 3 months after we got together, and, as he’s a director of our company, and has a pretty stressful job, I always put Matt first and dropped everything if I thought he needed me.  I always made sure things ran smoothly for him, meals prepared in the evening when he got in and a clean, ironed shirt ready every morning.  Then, last month, he announced he didn’t want to be with me anymore, said I was too demanding and asked me to move out.  I couldn’t believe it, especially when I look at the way some of my friends treat their boyfriends, always asking them to do stuff or pick them up from somewhere.  When I think about everything I’ve done for Matt, how can he call me demanding?

Always there, always available, always anticipating what she thought Matt wanted – there were definite signs of an anxious attachment style in Marcia’s story.  How could I help Marcia learn about her attachment style and find relationship success in the future?

I started by asking her to tell me about a problem area in their relationship.

Marcia: Matt’s nights out with the boys were a sore point.  When I first moved in, we both agreed to one night out a week each with friends, but after a while I didn’t bother – I was very busy at work and, anyway, I was quite happy winding down at home, watching a movie, a glass of wine,  taking a nice, relaxing bath.  I usually went to bed around 10, and, more often than not, Matt came in drunk in the early hours, making a lot of noise, sometimes falling asleep downstairs on the sofa, where I’d find him in the morning.  I used to spend the whole day mad at him, watching him chatting and laughing with colleagues, as if he’d done nothing wrong and it caused a lot of arguments between us.  The longer we stayed together, the more time Matt seemed to spend with his mates and that really hurt because I thought he’d want to spend more time with me as we got closer, not less.

Marcia told me how much she’d changed during their relationship.  She felt her confidence slipping away.  She saw herself becoming an angry clinging woman.

The founder of attachment studies, the English Psychologist, John Bowlby, described how we tend to repeat patterns of behaviour developed in childhood in our adult relationships at times of stress, like when we lose someone close to us or fear we might.  Bowlby’s American collaborator, Mary Ainsworth, set up a laboratory experiment to observe the reactions of young children to separation from their mothers.  She noticed that anxiously attached children found it hard to act freely when they were away from their mothers and would stop playing a game if it started to feel a little difficult.  When they were back with their mothers, these children tended to react irritably and resist attempts to get close or cuddle.

In adult life Marcia displayed her anxious attachment style when she felt threatened with losing Matt, if he stayed out late at night or seemed to prefer the company of his friends.  While he was away, she stayed close to home and comforted herself.  When he returned, she became angry and provoked arguments, which at least made her feel noticed, and then, worried about driving Matt away, she became too attentive.

Why did Marcia develop an anxious attachment style? The work of another American attachment expert, Mary Main, explains that children start to relate anxiously if their parents react inconsistently to their attempts to get close, when they are upset, hurt, ill or in need of comfort or protection.  Some parents might get angry or fall apart.  Others who are depressed or anxious might not respond at all if they are too caught up in their own problems.

Marcia told me about an accident she had, aged 7.  Her family had recently moved from Manchester to London when her father got a new job.  Her mother was unhappy about the move and it caused tension between her parents.  Soon after starting her new school, Marcia climbed a wall, fell off and was briefly knocked unconscious.  Her mother was called to the school and asked to take her to A&E.  Her mother became more and more upset on the way to the hospital and was so distressed by the time they arrived that the nurse who attended to Marcia asked her to wait outside.  Marcia was not hurt badly and was allowed out that day.  When her mother found out that the place where Marcia had fallen was forbidden to students without supervision, she shouted at her and then hardly spoke to her for a week afterwards.

In our counselling sessions Marcia began to recognise her anxious attachment style, how it had developed, and how it influenced her relationship – making her angry when she felt abandoned and clingy when she worried about the effect of her anger on Matt.  As her sessions progressed she began handling emotionally-charged situations in a more creative, assertive fashion.  The last time I saw Marcia she had recovered her former confident, independent self and was looking forward to meeting a new man and putting her relationship skills into practice.

For all of us our attachment style, secure or insecure, anxious or avoidant, is not positive or negative in itself.  Marcia’s anxious attachment style enhanced her professional performance in a number of ways.  Accustomed to entertaining her mother from an early age during her occasional bouts of anxiety and depression, her charming, attentive manner gave her the edge over equally competent PR professionals.  Her clients really appreciated her ability to find out what they wanted and her efforts to put it into practice.

Anxious, avoidant or secure?  The next two articles could help you to think more about your own attachment style.  For Marcia identifying her attachment style in counselling was the right choice, but self-help can also be the key to relationship success.  However you approach your relationships learning about attachment can give you the chance to make the most of them.

Jane McChrystal is a London-based Psychotherapeutic-Counsellor