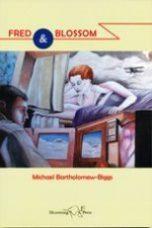 Paul McLoughlin reviews a collection set in the 1930s which recreates a lost age that was both golden and flawed. 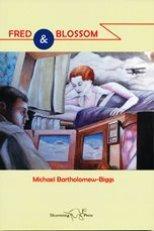 ‘The Romance of Aviation’ – an introductory note to this collection – carries the kind of title those old enough may recall from GCE English Language O-level papers. Here the world of aviation also introduces us to the other kind of since-time-immemorial romance, involving our eponymous heroes (or, if we return to O-level days for a moment, hero and heroine). That times change is one of the underlying themes of this engaging and entertaining collection. We are returned to the nineteen-thirties with its pioneers, its intercontinental solo-flyers, its brilliant song-writers, its developing technologies of film and radio, its entertainers, its misogyny and its class-barriers (which in their way Fred and Blossom managed to circumnavigate). In the book’s last poem, the trolleyed, hospitalized poet imagines his radiologist is Amy Johnson. So nothing much that matters has changed much after all. The poems take us through Fred and Blossom’s background (in an opening Apollinaire-like poem, set out on the page to look like a plane), their meeting, their marriage, and their short-lived venture into the world of designing, building and marketing light aircraft that proved ‘popular, safe and easy to fly, yet sporty enough to win air-races’. This tale of omnia vincit amor proves a winning vehicle for the recreation of an age that is as lost as it was both golden and flawed.

Clearly the poet is enjoying himself. The many forms and rhyme-schemes are well handled, and the poems are well-turned and full of all manner of other varieties of poetic glue. I liked, for example, how the poems relate to one another, sometimes almost segueing into one another: ‘Fred Learns New Manoeuvres’ (in his wooing of Blossom as well as in designing planes) provides some lines that the following poem, ‘Departure Point’, takes as its stanzas’ departure points. I like, too, his spelling of ‘manoeuvres’. The manoeuvres’ poem reveals Fred’s innocence just as ‘Learning to Fly’ reveals Blossom’s through its delicate reworking of Henry Reed’s  ‘Naming of Parts’: She calls this breaking the ice / for today she is learning to fly (again, of course, in more ways than one). ‘Inigo’s Stiff Upper Lip’ rearranges the lyrics of Jerome Kern’s ‘Smoke Gets In Your Eyes’, and the fourth of a dispersed quartet of ‘Forthright Opinions’, those of the delightfully bigoted editor of ‘The Aeroplane’, redeploys the words of a paragraph on the role of women to produce a second verse paragraph of an entirely different hue.

All of this is terrific fun and there is plenty more of it. The first of three poems called ‘The Significance of Ditches’ (is this practice a passing homage to Geoffrey Hill, I wonder, and his fondness for several poems sharing the same title?) reveals in a delicious line-break that ugly touchdowns can badly bruise / a pilot’s ego. In ‘Blossom Going Solo’, the difference between her husbands, the aristocratic Inigo and the mechanic Miles, is deftly caught in another piece of word-deployment: the first wanting her to have things / as if they were by right, the second wanting her to do things / until she got them right. Elsewhere, Blossom’s continuing to call Fred by his surname leads to their being compared in passing to Lawrence’s Connie and Mellors. We find Kipling in these pages (O best beloved) and the Virginia Woolf of the essay ‘Flying Over London’, in addition to Reed and Kern and Cole Porter.

The best poems are, perhaps, those that play lightly with aeronautical knowledge for a variety of effects, including those that skilfully point up the burgeoning relationship between F.G. and Maxine. Fred chose his own preference (F.G. for Fred) and her father chose hers (Blossom over the Maxine given her by his interfering sister-in-law). Names and nicknames keep cropping up in the collection’s gentle investigation of identity. But it is not the poet’s purpose to delve deeply into iniquities and inequalities. His poems record them and we can take matters from there, if we wish. In the same way, he does not engage closely with his eponymous characters. This also is a form of respect. He didn’t know them and nowhere wishes to presume. Perhaps this distance is exacerbated by a shorter section at the end of the book comprising poems that are set in and concern themselves with the times Fred and Blossom lived through without contributing to their poetic story, but there are good poems to be had here, too.

‘The Romance of Aviation’ is also that of craft. Readers will enjoy the work of a poet who is enjoying the possibilities of craft without congratulating himself on being able to handle them. Fred & Blossom is a collection it is easy to recommend.