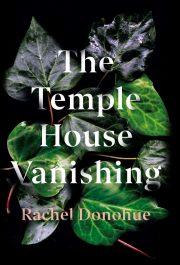 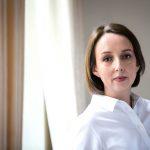 Rachel Donohue’s ambitious young journalist protagonist, driven by a hunger to get to the bottom of a 25-year-old mystery, observes from the sidelines of a meeting of editorial egos: “The stories we told were ancient.  But we acted like they were new.”

Themselves a reinvention of various clichés, the words are an acceptance, almost an apology, that every generation has a need to articulate for itself, even if theoretically it has all been said before.

That’s especially true for women reacting to centuries of male dominance and Donohue, in this impressive debut novel, is the latest of an outstanding new generation of Irish female writers to make theoretically well-worn territory thrilling and fresh.  She deftly crafts a love story that reveals love to be an unhealthy fantasy dreamt up by humans with fleeting lives.  Hatred is more real.

The broad lines could be hackneyed as the action plays out in a spooky Catholic boarding school beside a cold, grey sea run by cold, grey nuns.  It backs on to woodland and is haunted by the sound of gulls and fog horns.  The sexual tension hangs heavy in the air as the only man for miles, discounting an occasional visiting priest, is a dashing young art teacher with unconventional teaching methods.  What on earth were the nuns thinking when they appointed him?

Behind the film star looks, the teacher Mr Lavelle is weak and hollow, while the array of female characters that surrounds him is strong yet flawed.  We’re told from the start, there are no heroes – and that includes heroines.  All the characters at some point fail to perceive the truth.  Even the persevering journalist who sacrifices every waking hour to unearthing the facts has questionable motives.

Donohue is of her time in her links to the Dublin literary-media-communications set that informs her novel, but she rises above the merely contemporary by observing timeless truths and through accomplished writing that builds suspense.  The solving of the mystery is anything but anticlimactic.

Her characters are at once modern young women, striving to be fashionable and original, and embodiments of age-old human rivalries.  Down the ages, teenagers have inflicted pain as they wrestle with hormones and strain for identity but writing that so subtly weaves the arrogance and selfishness that masks insecurity into a tragic plot is rare.

The vanished Louisa wants desperately to be ironic and unfeeling, but for all her considerable intelligence, she falls victim to the precocious sophistication of the well-born who instinctively and ruthlessly defend their world.

If, in keeping with the mean-spiritedness of the editorial meeting, you itch to find something to dislike in what is after all a first novel, the structure reminiscent of a long-format journalism series feels imposed rather than natural, as if dreamt up by committee.  Still it achieves a neat twist to the convention that narrators live to tell the tale.

Equally the title has a slightly strained feel but also the merit of turning what could seem a spineless verb into a concrete noun; the vanishing becomes a decisive act on the part of the closest the novel has to a self-sacrificing heroine.