One of the more unlikely joys of Brussels life is the rotating EU presidency.  Every six months, a different member of the 28-strong European Union takes on the task of presiding over policy-making.

Apart from the chance to influence the debate, the effect is to provide a platform for the nation’s qualities.  For the citizens of Brussels, it’s a chance for a cultural mini break without the expense and inconvenience of braving the airport.

Until the end of June, Greece is at the helm. For the Bozar arts centre in central Brussels, that is the spur for a series of events to explore the country’s music, cinema and visual art and remind us there is more to Hellenic civilisation than unmanageable debt.

Above all, it is a nation surrounded by the sea, inspiring odysseys and migration and providing a rich harvest from ancient times to the present day.

Nautilus, or Navigating Greece, which runs until April 27, juxtaposes artefacts dating from hundreds if not thousands of years B.C. with modern art, including installations and breath-taking photography of the shimmering sea, a world away from grey Brussels skies.

It’s a mix of ancient dolphins and Poseidons and Aphrodites and footage, at once timeless and contemporary, of weather-beaten fishermen hauling in a silvery catch.  Modern-art heads of horses made from drift-wood ride the waves alongside rhytons, or ritual drinking vessels, from the feasts of the classical era.

The exhbition begins and ends with the refracted light and sound of the sea, lashing against the shore.

Apart from the salt smell, one obvious omission is a confrontation with the Greek problems of today that EU member states have spent countless hours struggling to solve.

That, however, is coming soon, when from March 26 to August 3, the Bozar hosts an artistic response to Greece’s economic and financial gloom: No Country for Young Men.

Also in March, the Bozar presents a new wave of Greek film-makers and in May the annual Brussels music festival Balkan Trafik will demonstrate to audiences Greece’s profound influence on western culture, the organizers promise.

Then, later this year, Brussels moves on from the Greeks to the Romans as Italy takes over the EU presidency and the European capital’s cultural agenda. 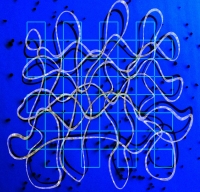 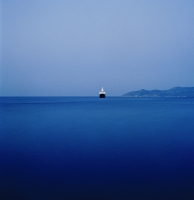 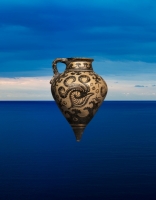 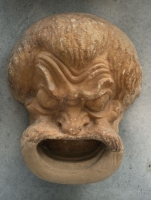