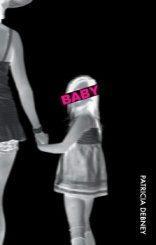 Patricia Debney’s new poetry collection (her fourth, this time with the new Cinnamon Press imprint Liquorice Fish books) explores notions of truth and trust, stability and instability, in a relationship between a daughter-narrator and her mother. It juxtaposes prose poems and fragmented free verse, and makes use of dreams and lists to deftly evoke the relationship and the two people in it.

The opening poem (‘Your Ideas for Making the World More Like a Place You Can Live In’) depicts a list-like series of fantasy worlds – safe territories to escape to, the first one especially possessing an endearing idiosyncracy:

Next comes: A private plane to Texas with my cat Jasmine. (p.7). So far, then, relatively secure terrain, although we note the implication that the speaker finds her current world uninhabitable. Then the ground shifts, startlingly:

Suddenly a nightmarish, paranoid fantasy here – a neighbour leaving poison in bowls? What happened to the playful list of aspirational escapes? And most importantly, what to make of this “baby” – whose is it? Is it real, or (as suggested by the indefinite article and conditional verb in the final sentence) merely hypothetical? And do we trust that this speaker really does know how to look after a baby?

It is a daring, unsettling opening, raising questions and gripping the reader. As can be seen here, Debney’s language is extremely accessible, conversational, even humorous; but from the start the collection establishes that it will address fraught emotional situations, at the heart of which, it transpires, is a parent-child relationship made complex by divided attitudes (If the baby would stop screaming. But not die., p.7)

Central to the book are questions of reliability and unreliability. The mother figure is emotionally inconstant; in addition, her relationship to truth seems, to use the fashionable term, somewhat ‘post-factual’. The mother claims of a gingham jumpsuit: “this is the one | I slept with || after you left […] || it used to be stiff | with dried tears” (‘When I’m Born’, p.8). In the next fragment, however, the reminiscing narrator reveals: “only now, as of | two days ago || I know it wasn’t me | who disappeared” (p.9). Yet according to the mother, it was the infant, not the parent, who did the abandoning – another complication of role and identity. We are not, it seems, to trust the quoted mother “I” – whose speech so often throughout the book is contrasted with the narrator’s by being represented in italics – that distortion of plain text.

The reminiscing, detective “I” who narrates – the poet? a persona created by the poet? – is on a mission to witness and reconstruct truths about her own mother, to correct her inaccuracies and misdirections. Early in the collection comes a triptych of poems offering lists of what the mother has said to the daughter during her life, deepening the doubts about the mother’s reliability and emotional stability:

This is a collection that teases us formally, too, juxtaposing prose poems with spaciously fragmented free verse – broken, we might infer, like the mother-daughter relationship itself. The writing is always fluent and appealing, despite the fraught emotional situations described. In some ways the language walks a similar ground to the short poems of Selima Hill – detailing emotional disturbances in short, accessible bursts. But unlike Selima Hill, Debney works in more fractured forms and uses the blank space of the page to establish a more reflective territory, where the poet-narrator has worked through difficult emotions to render feeling lightly and meditatively, as if in the spacious aftermath, rather than the midst of intense crisis. It is turbulence recollected in tranquillity:

Commonalities can also be found with the New Thing poets who surfaced in the U.S. small press in the last decade (Justin Marks, Devin Johnston, Joseph Massey etc) – using haiku-like brevity, and developing a kind of fractured poetics through short lines and plenty of white space. Debney perhaps uses horizontal movement even more than those poets, however, projecting her lines across the page in spurts. The physical form of the poems so often suggests a kind of dislocation of emotions – thinking that is disembodied or disconnected by crisis and struggle. There is a productive tension between these broken forms and the language (which is the accessible, tender language of aftermath and reflection), a contrast which benefits the poems and rewards the reader.

Escape fantasies recur throughout the collection. These imaginative acts of ‘elsewhere’ seems to be a kind of displacement of suffering for both mother and daughter – if reality can’t be healed, then fix the fantasy:

This poem, along with others, starts to suggest a bond between mother and daughter, a proximity of character about which the daughter has mixed feelings – she wishes to escape the affinity, even as she recognises a tenderness drawing her in: “It seems that | the closer I get | to letting you go || […] || your world | bubbles | at my edges | and I edge | closer” (‘Inheritance’, p.58)

In ‘Dream 2’ the daughter-narrator describes a terror of absence “And I | can’t | see | your | face” (p.30). But the mother is there, even though little safety seems offered. The poem’s closing emphasis is on the struggle to breathe, in other words to live – the mother’s hand acting as silencer and perhaps even as suffocator:

The mutual inconsistency of affection between the pair is depicted as a swinging back and forth, or a flawed music:

Try as the daughter might to escape, she is trapped by her mother’s dependency, a lifelong reversal of the traditional parent-as-carer role. The mother reminds her that as she approaches infirmity, there will be a further return towards infant neediness: “I will do | less and less | I will need | more and more” (‘The End Approaches and, Ironically, I Resist’, p.65)

Debney’s tone is often rueful, and gentle, in reminiscing about gaining a healthy independence from this “remarkable if | flayed mind” (‘The Thing Is’, p.37); she suggests a daughter-narrator who has worked through losses:

But don’t think that all the agonies are in the past: there is still, at times, a process of restless, urgent questioning:

Through the use of dreams, and lists (of objects, or quoted speech), Debney often sidesteps the conscientiously detailed witnessing of much traditional biographical poetry – the polar opposite of, for example, Ted Hughes’s technique in Birthday Letters (1998). Regular narrative markers of setting, time and place are often withheld, and contextual detail is minimised – so that the relationship seems somehow free-floating, ethereal. The emphasis is on conjuring the psychology of a fraught relationship; nevertheless Debney manages to give us a very clear sense of the mother and daughter caught in it.

The book is beautifully presented – its high-quality production values and the scintillating writing bodes well for Cinnamon Press’s new imprint, Liquorice Fish. Through its unusual alternations between prose poetry and fragmented, spacious free verse, the collection manages to feel daring and experimental; yet the clarity of Debney’s sentences ensures that the book remains highly accessible. Debney navigates the turbulence and crisis with a warm wisdom, and the result is a book that is appealingly readable, yet heart-breaking and profound.