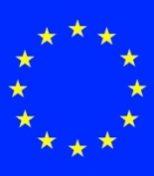 Please send submissions to poetry@londongrip.co.uk, enclosing no more than three poems and a brief, 2-3 line, biography

We prefer to get submissions in the following windows: December-January, March-April, June-July and September-October i.e. avoiding the months when we are busy compiling a new issue 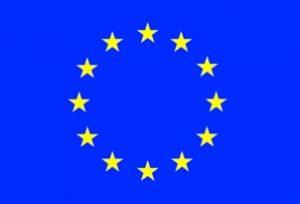 I expect you’ve been deluged with Brexit poems, remarked one of our regular contributors in their covering note.  Well, no, not all that much.  There are a few very telling ones (e.g. from Pam Job and Peter Kennedy) to be found in this issue; but most London Grip contributors seem to be taking their time to respond to a still fluid political situation (or else they have been sending their work elsewhere).  It is of course true that some poems written before June 23 have now taken on a deeper resonance – not least Shash Trevett’s ‘The Three Thousand’ with its anger embodied in complex typography.

London Grip New Poetry has always had a poetic open-borders policy and, from its first appearance in its present form, it has featured poems from Australia, New Zealand, Canada and the United States.  Not so frequent, but just as welcome, have been contributions from Africa and Asia.  Our neighbours in Europe may have been less well represented but I can recall work from authors of Finnish and Spanish origin. Our apologies if we have failed to remember other nationalities!

London Grip has on previous occasions expressed an interest in receiving good political poetry.  We will see what the next few post-referendum months brings us.  Maybe even a pro-Brexit poem or two?

Sonja Key is an emerging poet based in Hong Kong. She is presently developing her first chapbook of poetry.
.

María Castro Domínguez is the Winner of the Erbacce Poetry Prize 2016. She has a book of poetry titled Four Hands (A Cuatro Manos) with Jacobo Valcárcel and has poems published in The Argotist, Message in a Bottle and Bareknuckle Poet.
.

Fiona Sinclair is the editor of the on line poetry magazine Message in a Bottle . Her new collection will be published by Smokestack in 2017
.

Sarah Lawson, an American-born Londoner, is a poet and translator. Her most recent translation is The Strength to Say No by Rekha Kalindi (Peter Owen, 2015)..
.

London-based Angela Kirby was born in rural Lancashire. Her poems are widely published, have won several prizes and been translated into Romanian. Shoestering Press published her four collections: Mr. Irresistible, 2005, Dirty Work, 2008, A Scent of Winter, 2013 and The Days After Always, New and Selected Poems, 2015
.

Phil Wood works in a statistics office. He enjoys working with numbers and words. His writing can be found in various publications, most recently in: Sein und Werden, Ink Sweat and Tears, Autumn Sky Poetry, Noon Journal of the Short Poem.
.

Jeni Curtis is a teacher and writer from Christchurch, New Zealand. She has published in various publications including the Christchurch Press, Takehe, JAAM, NZPS anthology 2014, and 2015 (highly commended), London Grip, 4thFloor, and the 2015 Poetry NZ Yearbook. She is secretary of the Canterbury Poets Collective. For 2016 she has received a mentorship from the New Zealand Society of Authors.
.

JD DeHart is a writer and teacher. Has has been nominated for Best of the Net and his chapbook, The Truth About Snails, has been released by Red Dashboard.
.

Marc Carver has published some eight collections of poetry and around two thousand poems on the net but all that really matters to him, is when someone he does not know sends him a message saying that they are enjoying his work.
.

Hugh McMillan is a poet from the south west of Scotland, well published
.

Linda Rose Parkes published her third collection, Familiars, with Hearing Eye in 2015. She began painting three years ago and finds that the two forms of expression feed each other.
.

Kate Noakes‘ fifth collection is Tattoo on Crow Street (Parthian, 2015). Her website is archived by the National Library of Wales. She was elected to the Welsh Academy in 2011. She lives in London and Paris.
.

Norbert Hirschhorn is an international public health physician, an American settled in the UK. He is proud to follow in the tradition of physician-poets. His poems appear in four full collections. See www.bertzpoet.com
.

Peter Ulric Kennedy lives in Wivenhoe, Essex, where he is a co-founder and current organiser of Poetry Wivenhoe.
.

Pam Job has been writing poetry for the last eight years and is a member of the Poetry Wivenhoe team and a co-editor of their publications, one of the most recent being so too have the doves gone, new poetry on the theme of conflict. She has won awards in several national poetry competitions and has been published in various magazines including Acumen and Artemis.
.

Shash Trevett is a Tamil from Sri Lanka who came to the UK to escape from the civil war; she now lives in York. She has had poems published in journals most notably Modern Poetry in Translation. Her poems have appeared in anthologies such as Hallelujah for 50ft Women (Bloodaxe 2015) and Centres of Cataclysm (MPT 2016). She is a winner of the 2016 Amnesty International ‘Silenced Shadows’ poetry competition about the disappeared in Sri Lanka. She has been recorded by the British Library sound archive for their Between Two Worlds Poetry & Translation Project (forthcoming). She is the 2016 winner of a Northern Writers’ Promise Award for Poetry. She is working on completing her first collection.
.

Neil Fulwood‘s poetry has appeared in Butcher’s Dog, The Lampeter Review, The Interpreter’s House, Prole and The Morning Star. He is co-editor, with David Sillitoe of the anthology More Raw Material: work inspired by Alan Sillitoe (Lucifer Press). His debut collection, No Avoiding It, is forthcoming from Shoestring Press in 2017.
.

Fraser Sutherland has published 17 books, nine of them poetry collections and most recently The Philosophy of As If. A poet and lexicographer, he lives in Toronto, Canada
.

Richie McCaffery has a PhD in Scottish Literature from the University of Glasgow and now lives with his Flemish partner, in Ghent, Belgium. He is the author of two poetry chapbooks (including Spinning Plates from HappenStance Press) as well as the book-length collection Cairn from Nine Arches Press. He has a pamphlet collection forthcoming in 2017 and is busy working on a collection based on his Belgian experiences.
.

Jan Hutchison lives in Christchurch and is published in a variety of magazines. Her fourth book At the Margins is in preparation. She is represented in Essential N.Z. Poems and this year in Beyond the Red Zone – an anthology about the earthquake.
.

Edmund Caterpillar is an emerging poet who lives in Hong Kong. He recently completed his first chapbook. His short film script “All Class” received individual mention from judges at the 2016 British Independent Film Festival.  A version of this poem has previously appeared in the Dublin-based magazine Into the Void

Charles Tarlton is a retired philosophy professor from New York now living in Massachusetts with his wife, Ann Knickerbocker, an abstract painter.
.